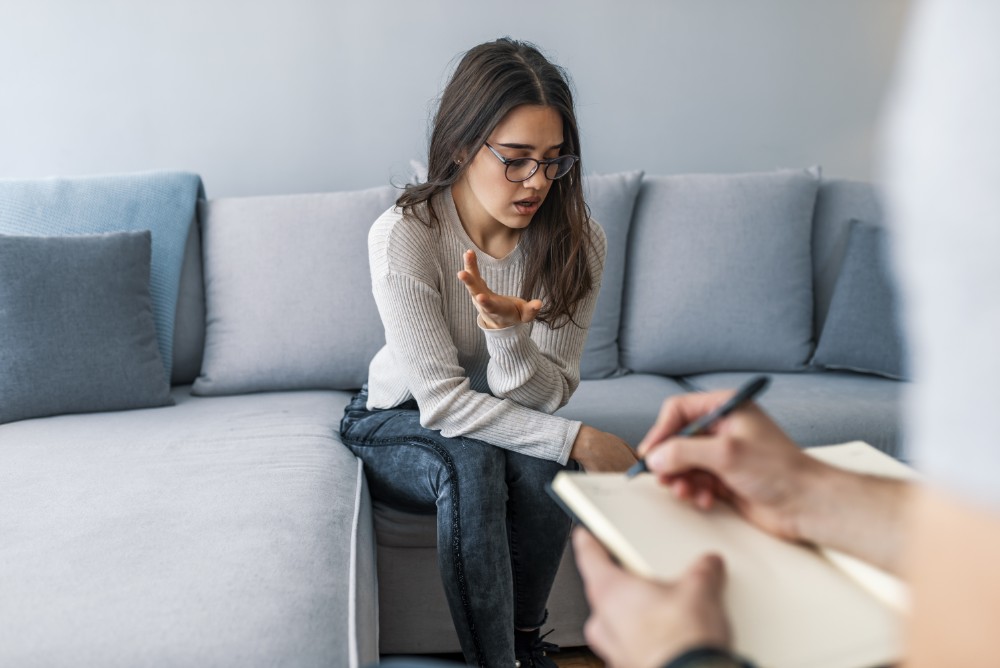 Typically, the mental health issue comes first and substance use issues develop as a way of coping with the symptoms. While substance use can temporarily relieve some symptoms, it only makes them worse in the long run, leading to a downward spiral of mental health. Accurately diagnosing any co-occurring mental health issues and treating them as part of a comprehensive treatment plan is crucial for success in recovery from addiction. However, getting a correct diagnosis isn’t always an easy matter. Everyone is different and so are their symptom patterns. A misdiagnosis can prolong suffering and add months or even years to your recovery time. The following are mental health disorders that are commonly misdiagnosed.

Bipolar is one of the most frequently misdiagnosed mental health issues. Somewhere between 1.4 and 6.4 percent of people worldwide are affected by bipolar disorder. However, it’s hard to say which number is more accurate due to the frequency of wrongful diagnosis. One study found that 69 percent of people with bipolar were initially diagnosed with something else. Approximately one-third of those individuals remained misdiagnosed for at least 10 years. Bipolar disorder is most commonly mistaken for depression. A depressive episode of bipolar is the same as an episode of unipolar major depression. Symptoms include low mood, inability to feel pleasure, inability to concentrate, irritability, fatigue, sleep disturbance, feelings of hopelessness, slow movements, and thoughts of suicide or death.

People with bipolar tend to go to seek medical support during depressive episodes when they feel terrible, rather than during manic or less intense hypomanic episodes, during which they have lots of energy and feel larger than life. Failure to mention the manic episodes results in the doctor’s inability to distinguish depression from bipolar. Misdiagnoses like these have real consequences. Bipolar is typically treated with a combination of antidepressants, mood stabilizers, and psychotherapy. People with bipolar who take antidepressants without mood stabilizers are often at greater risk for manic episodes.

Post-traumatic stress disorder, or PTSD, includes a range of symptoms. Examples include reexperiencing the traumatic event, avoiding things related to the trauma, developing negative views about yourself or the world, being unable to sleep, and being jumpy, irritable, or easily startled. When certain symptoms are more prominent, it may lead to a wrongful diagnosis. Disturbed sleep combined with a negative view of yourself and the world, for example, looks a lot like depression. Conversely, disturbed sleep and hyper-awareness might look more like an anxiety disorder. PTSD can also be misdiagnosed as bipolar, schizophrenia, or borderline personality disorder.

PTSD is often misdiagnosed because no one thinks to look for it. A combat veteran who is irritable, impulsive, sleeping poorly, and having flashbacks is an obvious candidate for PTSD. However, a woman who has been sexually assaulted or a child who has witnessed domestic violence may fly under the radar. Children, in particular, may be misdiagnosed with ADHD because they present with impulsivity or inability to pay attention. PTSD is a treatable condition but it has to be diagnosed correctly.

Attention-deficit/hyperactivity disorder is sort of a strange case. On one hand, it appears that children, especially boys, may be overdiagnosed. Normal childhood distractibility or possibly even PTSD, as noted above, may be responsible for the presenting symptoms of ADHD.

Alternatively, ADHD is often underdiagnosed in adults. While some children with ADHD grow out of the condition, many don’t. What’s more, those who were not initially diagnosed may, as adults, have learned to adjust their outward behavior so their symptoms are less obvious. This can have serious consequences. Although they may not appear to have ADHD, these individuals often still experience racing thoughts, insomnia, and other symptoms associated with ADHD, often leading to self-medication through drugs and/or alcohol. What’s more, adults with ADHD are likely to have co-occurring disorders, such as substance use issues, depression, and anxiety disorders. It’s more common for adults to seek help for these issues than for ADHD.

Depression is another complicated case. It’s one of the most common mental health issues worldwide, tending to be underdiagnosed more in the male population. There are a number of reasons for this. Men are less likely to recognize the symptoms of depression as such. Additionally, they are less likely to seek professional help, even in the case that they do know they are depressed. Often, the experience of depression symptoms is different in men than in women. For example, men are more likely to experience irritability, anger, aggression, and risky behavior as their primary symptoms, rather than sadness. Men are also more likely to experience physical pain, such as headaches, back pain, and/or chest pain, leading to a higher risk of self-medication through drugs and/or alcohol. When men are diagnosed and treated for depression, it’s more likely that they sought help initially for a medical issue or a substance use issue.

Borderline personality disorder (BPD) is also frequently misdiagnosed for a number of reasons. First, there is a popular misconception that borderline personality disorder primarily affects women. As a result, even professionals may be less likely to diagnose a man with BPD. However, it appears to affect men and women equally. As with bipolar disorder, BPD is so frequently misdiagnosed that we don’t have accurate data as to how common it is. According to the National Alliance on Mental Illness, it affects an estimated two and four percent of people. Since it’s a difficult condition to diagnose and treat, professionals are reluctant to diagnose it. Symptoms of BPD may also look a lot like other conditions, such as bipolar disorder, depression, anxiety disorders, PTSD, and others. One study found that 40 percent of people with borderline personality disorder were misdiagnosed with bipolar 2.

Looking for Support? If you or someone you know is struggling with addiction, Hired Power and our team of experienced recovery professionals are here to guide you every step of the way. We offer many services and are committed to helping you choose the best treatment program and transitional options for your specific needs. In addition, Hired Power offers intervention services, sober monitoring services, and personal recovery assistant services. Call us today for a consultation at 800.910.9299.