The Dangers of Developing A Tolerance To Marijuana 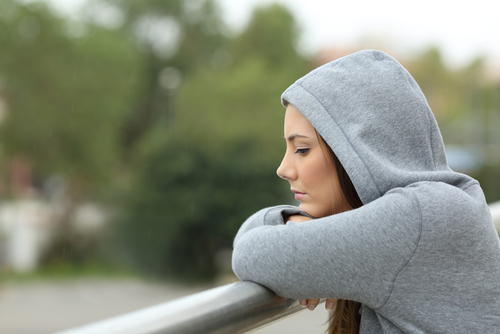 Marijuana today is almost unrecognizable from 20 years ago — just ask your parents or offbeat uncle. In the late 90s and early 2000s, the amount of the main psychoactive compound in cannabis, THC, fell somewhere between 4 and 12 percent. It’s since skyrocketed to 20 and even 30 percent, and that doesn’t even include the concentrated forms of THC found in oils, edibles, and hash products. The result is a seriously potent high that makes users more likely to become dependent and develop a whopping tolerance.

Tolerance is the need to take more of a drug to achieve a certain level of intoxication. Tolerance develops with prolonged use of a substance as the body adapts to its presence. As tolerance builds, an individual has to increase their dosage to feel the same effects. It’s not fully understood how marijuana works to create a tolerance, it likely involves both psychological and physiological factors. Getting rid of marijuana addiction is a complicated process requiring professional assistance.

A high tolerance to marijuana can be problematic for a number of reasons, especially with the potent strains now available. Higher doses increase the likelihood of side effects or weed-related health issues and can trigger episodes of psychosis in some people. Frequent smoking or vaping of cannabis can also cause respiratory problems with long-term use. Let’s take a closer look at the dangers of developing a tolerance to marijuana and what it can mean for an individual’s health.

The Diagnostic and Statistical Manual (DSM) of the American Psychiatric Association (APA) defines a drug tolerance as needing significantly more of a substance to achieve the desired effects or experiencing noticeably reduced effects at the same dose after continued use.
While tolerance itself doesn’t necessarily mean that someone is addicted, it does indicate a diminished response to a particular substance. If an individual begins taking higher doses to compensate for this, it can increase the risk of dependence and harmful side effects.

With marijuana, the most concerning impact of rising THC levels and a high tolerance is an increase in cannabis-induced psychosis. In states where the drug is legal, hospitals are treating more people for psychotic episodes triggered by marijuana use, with symptoms that include hallucinations, intense anxiety and loss of touch with reality. The risk is greater for adolescents, daily users and those with underlying mental health problems and has been linked to high-potency weed products like those found in dispensaries.

Potent strains of marijuana can increase tolerance more quickly, leading users to up their consumption to achieve their desired effects. With buds, hash products, and oil or dab concentrates, this means smoking or vaping more frequently and exposing the lungs to harmful chemicals. Like tobacco smoke, marijuana smoke irritates the throat and lungs and can increase the risk of bronchitis, pneumonia, wheezing and other respiratory problems. The recent spike in vaping-related deaths linked to black-market THC cartridges highlights the harm these products can cause, especially with frequent use.

People often smoke weed to relax, socialize and eliminate anxiety. But over time, it can become a crutch they rely on to alleviate stress and deal with the ups and downs of life. It doesn’t take long to realize that marijuana, like all drugs, only masks the underlying problem while limiting the ability to cope while sober. When marijuana use begins at an early age, it can even stop adolescents from developing healthy coping skills in the first place, leading to maladaptive behaviors that increase the risk of dependence. Compared to recreational users, tolerance tends to build more quickly in those who use marijuana as a form of self-medication due to a greater reliance on the drug to function.

Marijuana Tolerance – How Long Does It Take To Develop?

Tolerance develops differently for each individual. Studies have suggested that daily marijuana use over a period of time can increase tolerance within two to four weeks, but this varies from person to person. Factors such as dose, frequency of use and whether an individual has been diagnosed with anxiety or depression can all impact how tolerance is built up within the body. Relying on marijuana to relieve mental health symptoms can increase tolerance more quickly than casual use, along with consumption of high-potency THC products.

While it is possible to lower a marijuana tolerance by cutting back, taking regular breaks and staying healthy, there is very little evidence to suggest that it can be reset completely. For regular marijuana users, however, taking steps to reduce their tolerance is a shift in the right direction when it comes to their improving overall health and wellness.

Marijuana may seem harmless, but the increase in potency has made it more powerful than ever. As tolerance rises, so do the harmful effects associated with heavy use. At Hired Power, we provide the opportunity for individuals to reverse their dependency and develop coping skills that support long-term sobriety. With innovative solutions designed to increase the success of your recovery journey, we take addiction intervention and treatment to the next level: living in recovery. Contact or call us today at (800) 910-9299 to learn more and start on your own path.

GET A FREE CONSULTATION